How do braces work?

A brief guide to the science behind orthodontic tooth movement with braces. 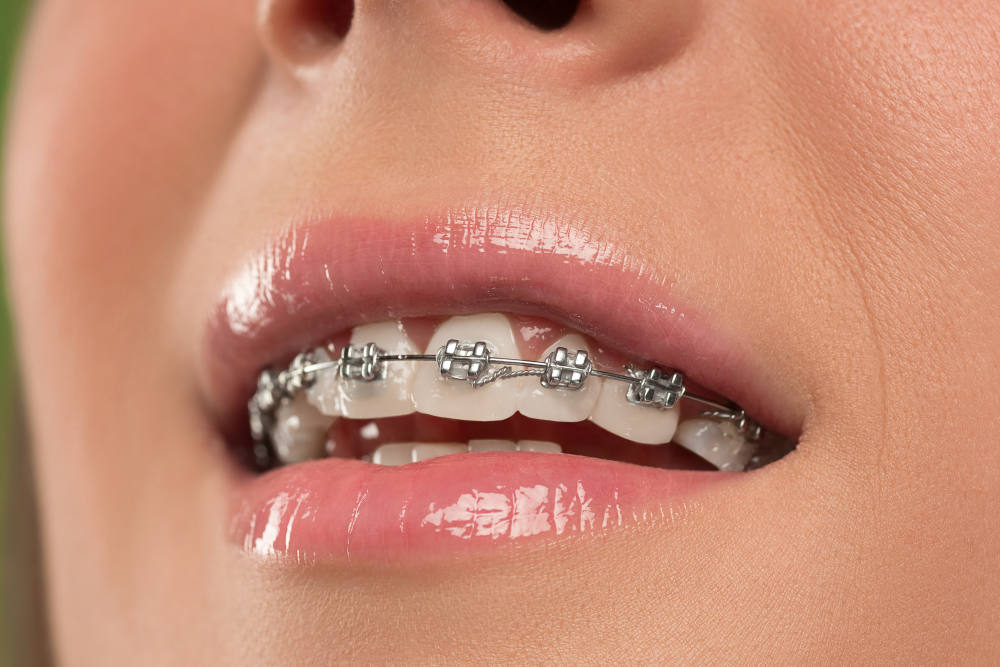 Even before the invention of braces, humans were trying to fix crooked teeth early in recorded history. Mummies in ancient Egypt have been found with metal wire wrapped around their teeth, according to historians.

Celsus, a writer in ancient Rome, actually wrote about manipulating teeth, and advocated for pushing teeth that were out of place. Pliny the Elder, another Roman author, suggested filing longer teeth down to align them with the rest of the mouth. [1]

Thankfully, our knowledge of how to move teeth around in the mouth has evolved since then. (Filing your teeth down isn’t a great idea. And please, don’t try to straighten your teeth on your own.) In the 18th and 19th century, dentists began experimenting with devices that expanded the arch of the mouth and removing teeth to fix issues with crowding.

In more modern history, Dr. Edward Angle, a prominent dentist in the mid-19th to early 20th century, helped make significant strides in the specialty with his Edgewise Appliance. This was a device that revolutionized the specialty of orthodontics, resembling more modern braces seen today with a bracket on each tooth and the concept of using force to move teeth [2].

But if you stop to think about it, how teeth actually move around in your mouth is kind of a weird concept. It’s amazing to consider that people figured out that pushing on your teeth for long enough would make them move, let alone created a device that moves them around extremely effectively over a short period of time.

To explain why braces work, we need to take a step back and describe how teeth move, and it’s thanks to a process called bone remodeling.

Your teeth are sitting in your upper jaw (maxilla) and your lower jaw (mandible), which are both bones [3]. So how do your teeth—covered in the strongest substance in the body, enamel—not break your jaw every time you eat or bite down [4]?

The answer is in how the teeth sit in your upper and lower jaw. The teeth actually aren’t connected to the jaw at all, but a set of connective tissue fibers called the periodontal ligament (PDL). The PDL is attached to the alveolar bone, which you can think of as a tooth socket on the upper or lower jaw.

When a tooth moves because there is a force acting on it, the PDL is compressed on one side and stretched on the other. This creates inflammation in the body: on the compressed side, the bone begins to break down, or resorb, while the stretched side begins to fill in the space with bone.

This whole process takes place with the help of two sets of cells that respond to the inflammation and break down the bone (osteoclasts) and build it back up (osteoblasts) [5]. (In reality, this is how all bone remodeling happens in your body, and the breakdown of osteoclasts and osteoclasts working together is how diseases like osteoporosis come about [6].)

So, how do braces work?

Braces take the concept of bone remodeling and use it to move teeth with sustained force. An orthodontist is trained specifically to use braces to reshape your teeth, and can move them based on how the archwire (the wire connected to the brackets attached to teeth) is creating pressure on your teeth.

Orthodontists can exert further force by tightening archwires, which they usually do at each check-up appointment. They can also place springs, elastic bands or rubber bands to the brackets for additional pressure and movement. How rubber bands work on braces is through pressure on the tooth, which shifts the tooth in the PDL and causes bone remodeling —the same concept as how the archwires shifts teeth. Orthodontists correct overbites, or deep bites, by moving the upper or lower teeth into the supporting bone, and then lengthening the back teeth to open a person’s bite. [7]

How long braces take to work depends on the complexity of the treatment. On average, treatment time can take between 6 months and 2 years [8][9].

The same process of teeth shifting with traditional, stainless steel braces applies to other types of braces as well. Self-ligating braces are like traditional metal braces, but use a sliding device to hold the wire instead of elastic ties. Lingual braces (sometimes called invisible braces) are placed on the back of the mouth, rather than attached to the front, but still move teeth through brackets and archwires.

How braces work for adults vs. children

You may have heard that the best time to get braces is when you’re a teenager. While it’s true that your face and teeth are still developing at that age, orthodontists still offer braces for adults, and the process is similar to how children and teenagers get braces.

However, the picture is sometimes more complicated. As mentioned before, adult bones have stopped growing, which may extend treatment time or even require surgery [10]. Also, adults are more likely to have issues like gum disease, which need to be addressed first before treatment can begin [11].