“I can have a conversation with anyone about anything.” 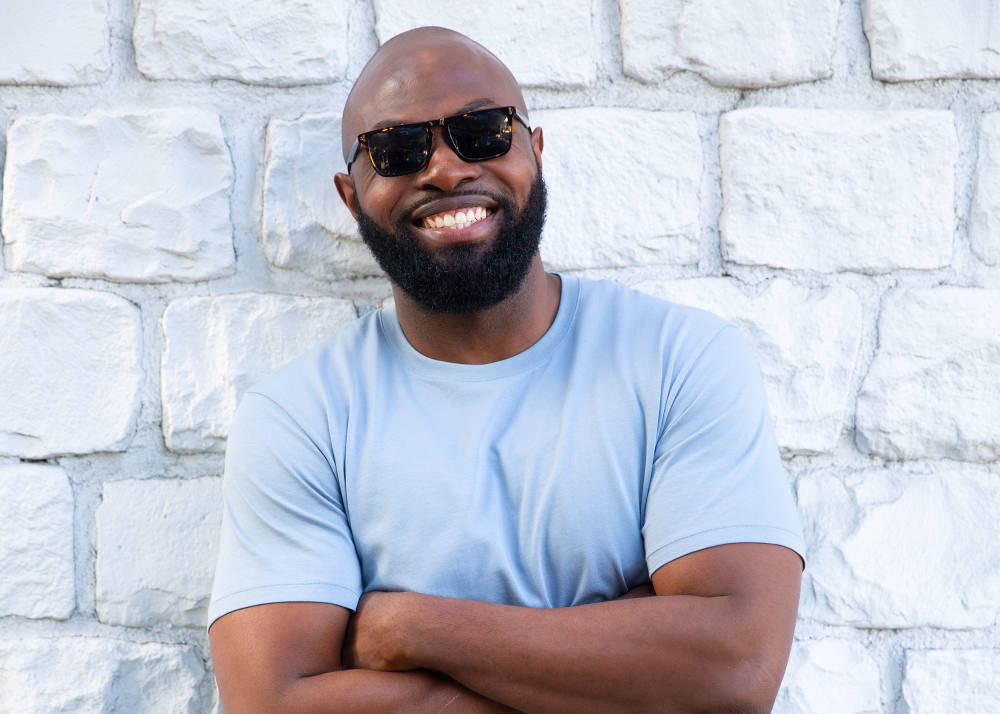 Justin Moore will tell you over and over that he’s “just your average guy.” I met him on the set of a TV commercial. It was his first experience filming a commercial, so I expected him to be a little nervous. I know I would be! But as I watched him on set — something so high-stress it could throw just about anyone off their game — I realized that his relaxed demeanor and willingness to go with the flow made him anything but average.

Candid: Who are you? How do you define yourself?

Justin: I feel like I’m just an average Joe, you know? I’m your typical southern guy. I love college football. I love nice cars. I love to eat.

I express myself by doing athletic endeavors. I like to play kickball on the weekends. I like to work out. I just like to be active and move around. That’s one of the main reasons I still live in the south. You get a little winter, but I couldn’t be cooped up half the year like some of those northern states. It gives me a chance to get out and be free.

That’s one of the most important things to me, just being free. Free physically, but also being free mentally. Not being bogged down by these pressures of society and life. Just being able to go about [life] and be myself.

When do you feel the most free?

I have a convertible, so I just like to go as fast as possible. I mean...I go the speed limit all the time! [laughs] The speed limit is the max! But yeah, I just listen to music along the way. I’m a big Lana Del Rey fan. Her music is very free spirited and I just love it. It’s just perfect for that laid-back vibe.

Those are my favorite, too!

Yeah, I love that. It’s so inspirational! You listen to it and it feels so big. I was just listening to Interstellar a couple weeks ago. I love that movie, it’s a really good movie. So yeah, I listen to literally everything. 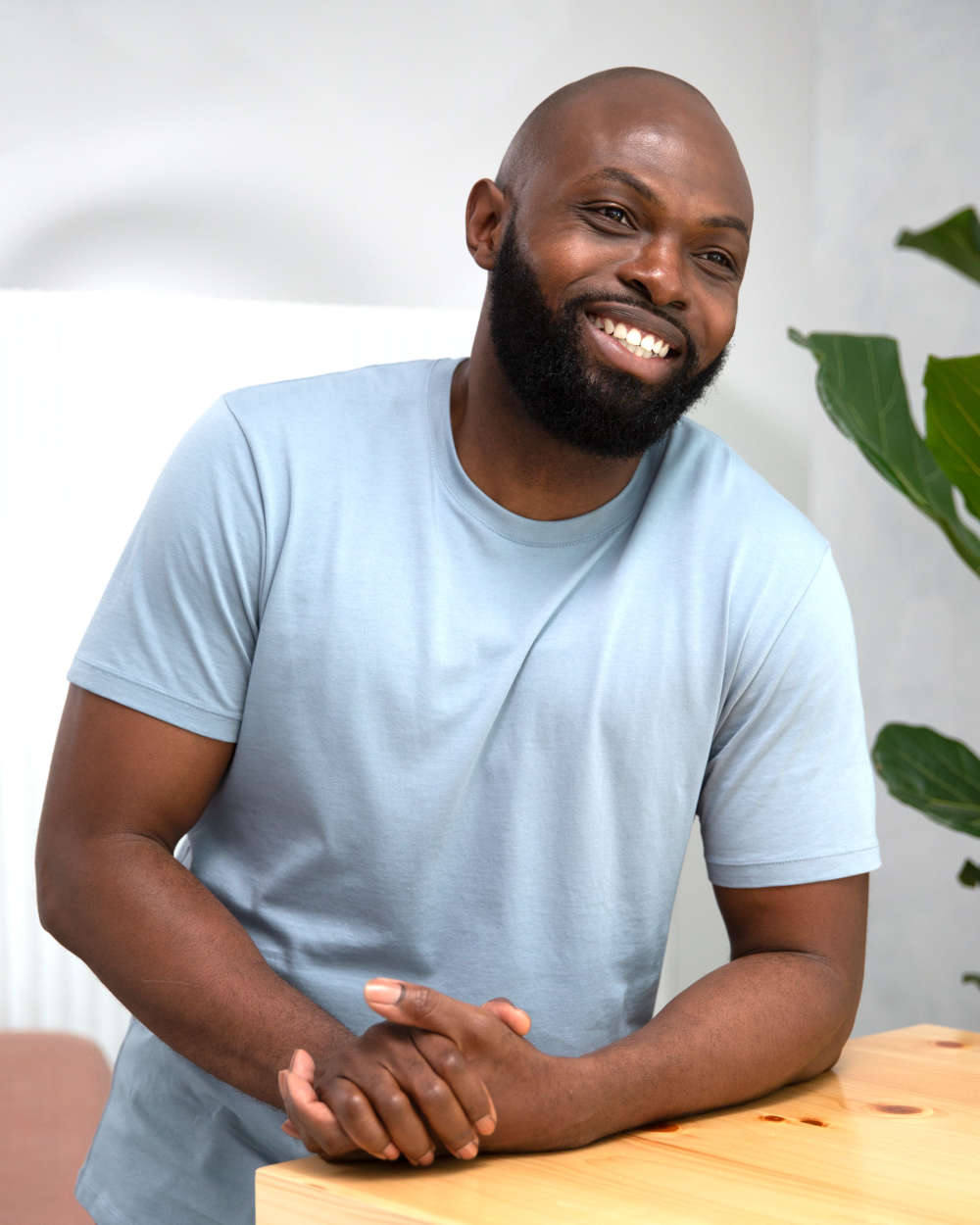 How would you define confidence?

To me, confidence is the ability to do what you want to do when others are looking. Some people say that they’re confident, but they’re concerned about what other people think about them.

There’s a good line from the movie The Village: “Sometimes we don’t do what we want to do because we don’t want others to know that we want to do it.” To be confident is to operate in that space where you don’t care what anyone says. You’re going to do what makes you happy, so long as it’s not hurting anyone, and you don’t care about what the perception is.

You are who you are. You’re not confined to who society wants you to be or expects you to be. You laugh at stuff that you’d laugh at even if no one else is laughing. If you like watching the Discovery Channel, that’s what you do!

When do you feel the most confident in life?

I’m most confident playing sports. Growing up, I primarily played baseball. The good thing about baseball is that it’s a sport that humbles you. You’re expected to get out most of the time, so when you do have success, it does a lot to boost your confidence.

What scares me the most is getting to the point where I’m just stationary and I can’t move anymore. I can’t do what I want to do anymore, physically. So I have to get all that I can out of my body while I can before my time comes. 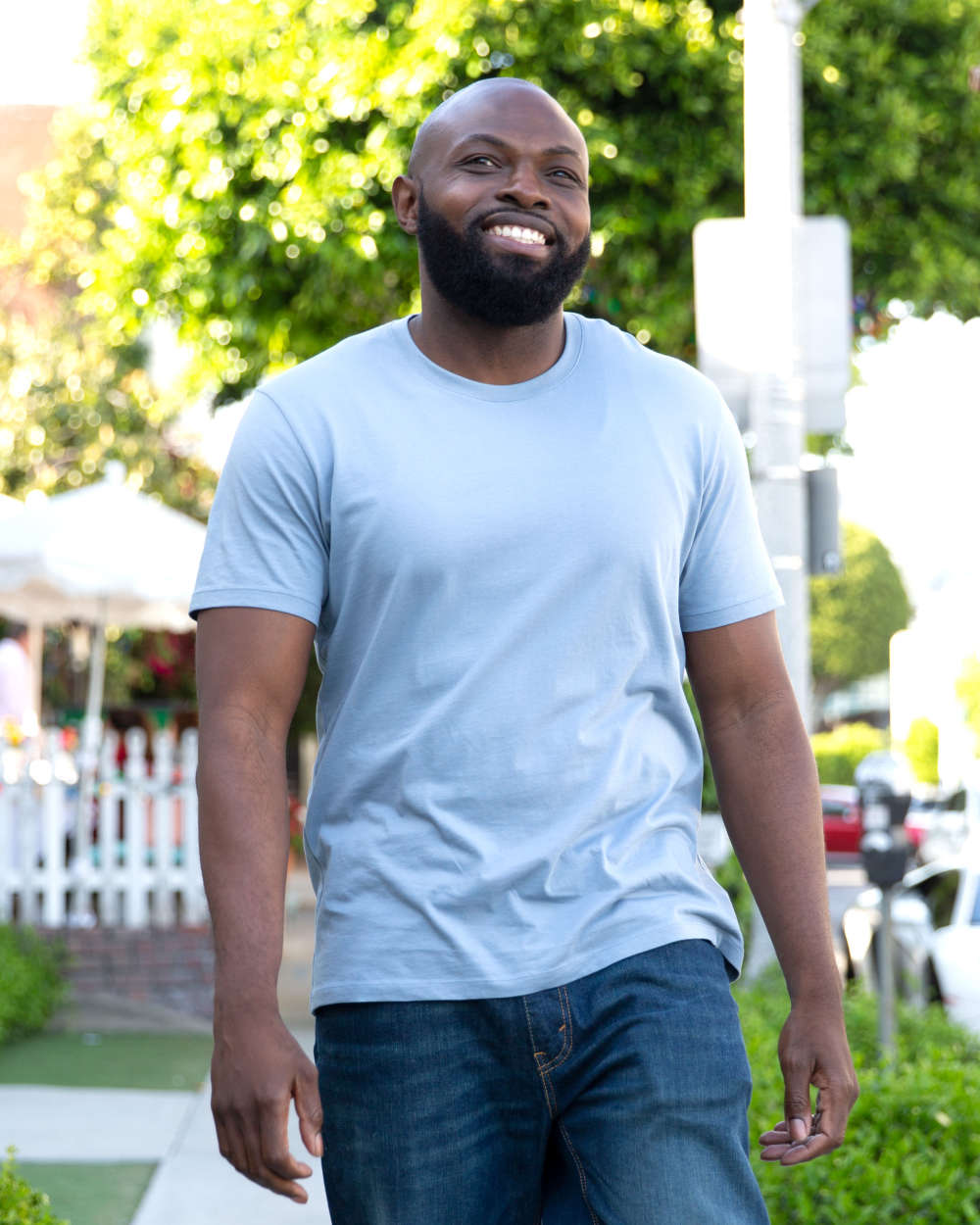 When did you start playing sports?

Ever since I can remember. I grew up back in the days where kids actually went outside and played. We couldn’t stay in the house when I was a kid. My mom used to kick us out after we ate cereal for breakfast and we couldn’t come back until dinner time. So we used to be outside playing everything. Jump rope, hop scotch, dodgeball, kickball, stick ball. Just out there being kids and being free.

I played baseball in high school. I kind of wish I grew up 10 years later because that’s when they started introducing travel ball. Because I was pretty good, but I probably didn’t have the experience and the repetition I needed to take it further. But I played in high school, then in college at Tuskegee University.

There’s a lot of pressure in baseball. What was that pressure like for you?

That’s the thing I like about baseball. It puts a lot on your shoulders. Granted, it’s a team sport, but a lot of it is individual. Having discipline. [You have to] know your scouting report. If a scouting report says “This pitcher does XYZ” you need to be prepared for XYZ. Because if you go in there with a different plan, you’re going to fail.

You have to be prepared in baseball, more so than any other sport. You can totally psych yourself out before you go up to bat. And if you do, you’ve got a 0% chance of getting a hit.

Did you have any routines when you went up to bat to relax?

I remember I would just kind of space out a little bit. Just be there in the moment. It’s one of those things where failure, it’s going to happen. You can’t be scared of the moment. You have to be prepared to go out there and seize it. To me, as long as you prepare properly and give it your all, regardless of if you succeed or not, you’re a winner. You’re going to fail sometimes. But as long as you give it your all, that’s all you can ask for.

Does that philosophy translate into failure outside of sports, too?

Yeah, that can be applied to all aspects of life. If you’re trying to get a promotion at work or something and you’re coming in and doing what you need to do, others will see it.

People nowadays get so impatient, but it’s a process. So you can’t come in with the mindset of “Why am I not this or that?” Just come in, do your job, be prepared. That’s all you can ask for. And [some things] might not happen for you, but I’m a strong believer in karma, so what you put out there is what you get back. You might not find an opportunity wherever you’re at in life now, but karma will kick in and a good opportunity will come up when you don’t see it coming. 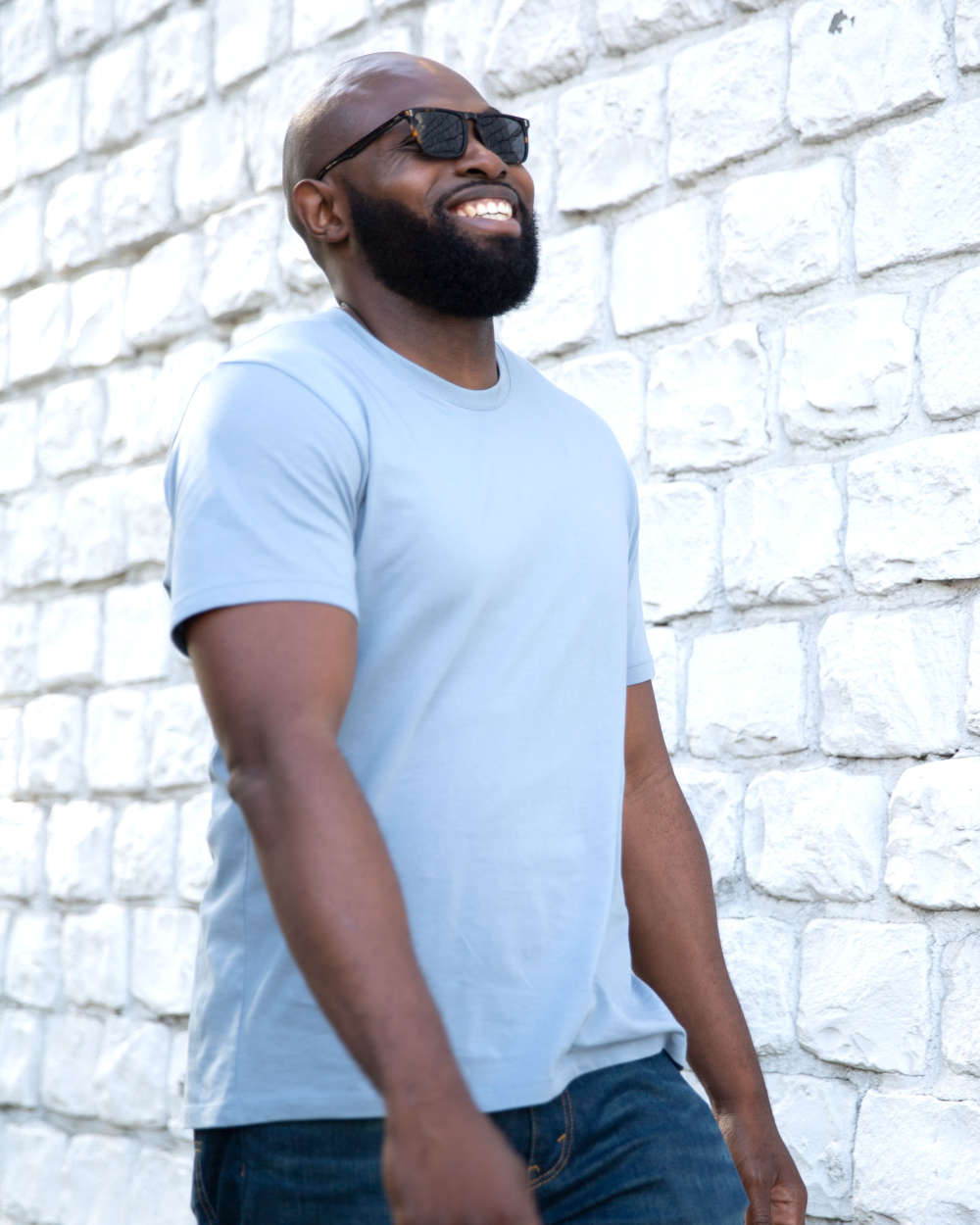 How would you describe your style?

Wardrobe wise, I’m very casual. I don’t wear any brand names or labels. Everything, my closet is just a bunch of black and white t-shirts.

Personality wise, I’m a chill, laid-back guy. I don’t take things too seriously. I’m never upset. It takes a lot to get me upset. It just doesn’t happen. I’m not really triggered by anything. Just really cool and mellow, you know? I feel like I can relate to anybody. I can have a conversation with anyone about anything.

What do you think it is about yourself that helps you jive so well with other people?

That I listen. I think that’s the number one skill when you’re having a conversation with someone. You have some people who are listening and some people who are just half-listening, getting ready to talk. But I feel like I’m always listening, because I’m genuinely interested in other people’s lives. To me, my life is boring, so I’m like “You’re doing what??” and am very interested in them. So that’s my biggest skill right there. ✧